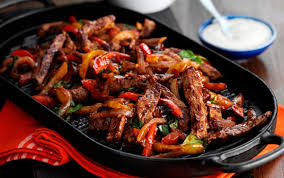 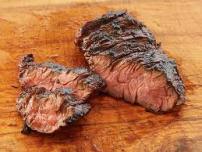 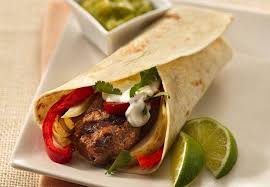 I love Mexican food, but it has to be authentic and not the Tex-Mex variety, which is okay on occasion, but when I have the time to cook, I want authenticity! Here’s one of those recipes that was given to me by a very special Mexican friend of mine and it’s been a big hit ever since.

Poke holes in your meat and set aside. In a large container, mix the marinade together, add the meat making sure the marinade covers it completely. Cover and store in the refrigerator overnight, or longer. I usually marinate two nights because it allows the meat to absorb that yummy taste of the marinade.

In a separate skillet, heat the oil, add the peppers, onions and tomatoes, and sauté until crisp tender.  Store in a warm place for later.

Grill the meat to your liking, then slice thinly on diagonal angle and place on a serving tray with the pepper mixture on top and serve with the tortillas,  guacamole, and sour cream. And before you fold your tortilla, add a little marinade over top of the beef.

And here’s the best part, you can save the marinade and reuse it one more time, but you must use the same meat you used the first time. Keep it in the freezer and defrost in the refrigerator a day or two before to use for another tasty meal that you won’t want to end!

I serve with Mexican rice and Refried beans

I don’t know about you, but I love meatloaf! There, I said it!

I grew up eating the Lipton soup version. Mom used to follow their recipe except when it came to the sauce. She made her own version using Campbell’s Tomato soup and mixed in a generous amount of Worcestershire sauce. Oh yum! I remember coming home from school on those cold nights and that glorious smell hit me the minute I opened the door.  My mouth would salivate until we were called to dinner, and then I’d sit down and dig into the meatloaf and mashed potatoes smothered in yummy goodness.

With Cinco de Mayo right around the corner, I thought I’d make something with a Mexican flare, and that I did. Easy, easy, easy, but very tasty. So here’s the recipe.

That’s it! And what a delicious flavor. 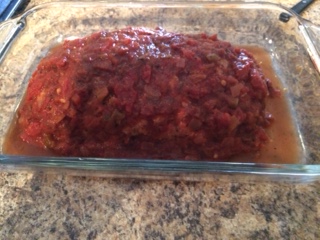 and smother with the tomato salsa. Save half the salsa sauce for the slices.

Below are the items I used. Please excuse the tape on the Panko box–we just moved. 😀 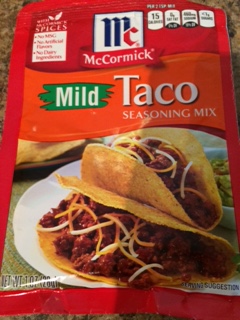 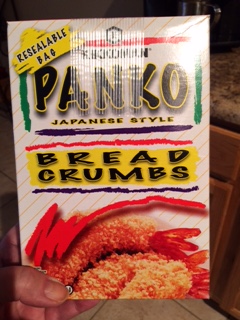 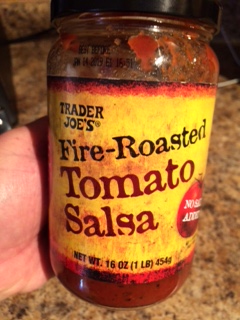